I thought about circumnavigation of Susak as a way of capturing the island in my own map , my own experience. In true Glitch fashion I was unable to get to around the island like a traditional map and got lost in the vineyards . I also had a rough idea that if I set off at high noon I would make it just in time for the Office . Coming out of the water like a Norseman going Viking !

Another glitch occurred with the print got the final show where I had to get the original image ( a mere sketch of an idea ) and use a screen shot of a walking app I had on my phone . Turns out some if the icons were Susak orange. 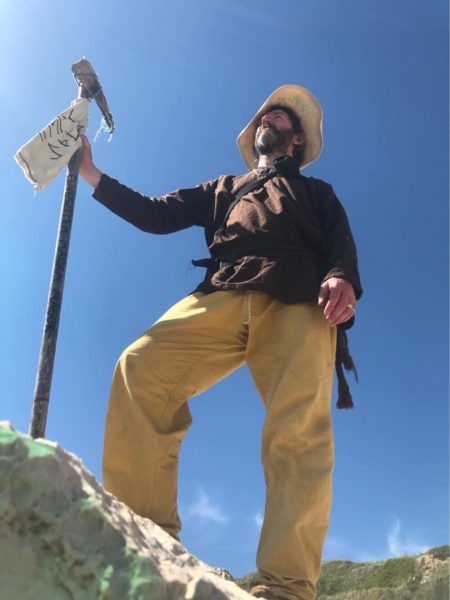