Alma Colgan, radical thinker and member of the Executive Council of the British Communist Party 1941-49, met a tragic end on the Island of Susak, in mysterious circumstances, while negotiating the ‘Eternal Brotherhood’ agreement between the Jugoslav and British governments in the so-called ‘Susak Sunrise’. Thanks to her involvement, the Free Republic of Great Britain entered the period of time known as ‘The Recovery’. This painting was made in her honour by Alec Koolman, State Visual Designer, on a subsequent delegation to Susak in 1950. 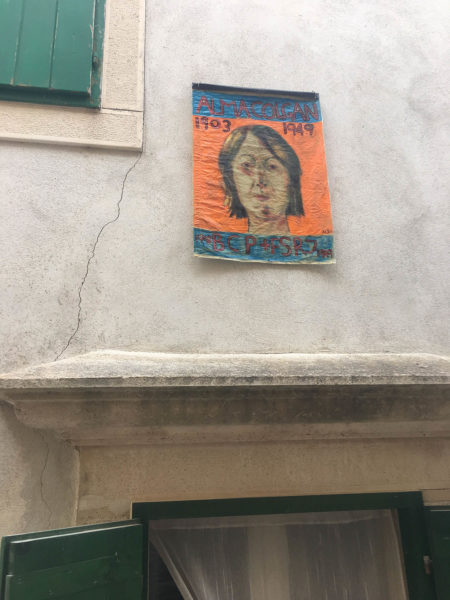 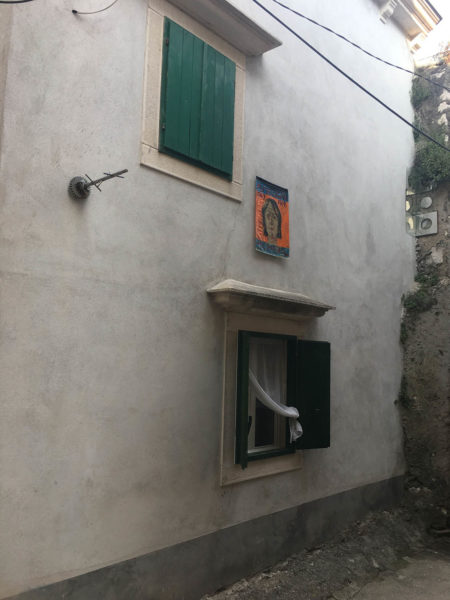