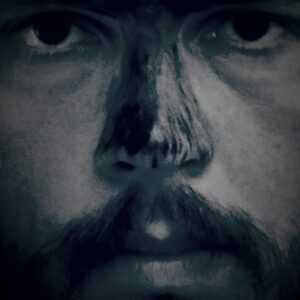 Damir Stojnić was born in Rijeka, Croatia, in 1972. Graduated painting on the Academy of fine arts in Zagreb. Exhibited at over one hundered exhibitions in both Croatia and abroad (Athens, 9th biennial of Cairo, European sovereign award 2010. Barbican centre-London, Hilger gallery Vienna, Isola della certosa-Venice, Milan, Manes gallery-Prague, Museo dell arredo contemporaneo-Ravenna, Double room gallery-Trieste…).He has received many recognitions and awards, the most important of which are: the acquisition prize of the Museum of Modern and Contemporary Art in Rijeka at the International Triennial of original drawing in 2002, and the second prize at the 7th Triennial of Croatian Aquarelle. He works as a professor at the Academy of Applied Arts in Rijeka, at the “Painting” and “ Strip and illustration” departments. Since 2015. he has been a member of the art collective Labin Art Express and has been running the DkC “Lamparna” gallery in Labin, where he organised exhibitions for numerous local and international artists. He lives and works in Rijeka and Istria.