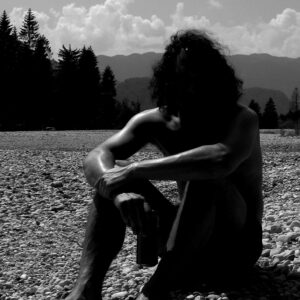 Gašper Jemec was born on 25th of October 1975 in Kranj, Republic of Slovenia, former SFR Yugoslavia.

Jemec also did graduate work in painting at the Indiana University of Pennsylvania in America with professor Vaughn Clay in 1999. As a Herder scholarship winner of Alfred Toepfer Stiftung FVS from Hamburg, he further trained in sculpture at the University of Applied Arts in Vienna with professor Gerda Fassel (2001-2002).

Gašper Jemec focuses mainly on painting, sculpture and site-specific installation and works as an independent artist.